MILTON, DE—The ACLU of Delaware announced today that it has stepped in to represent Kari Lynn Overington, whose vanity license plate “FCANCER” was recalled by the Delaware Department of Motor Vehicles. Ms. Overington’s lawsuit is currently pending in the Federal District Court of Delaware and challenges the Delaware DMV’s decision as censorship of her First Amendment rights to speech and expression.

“As a cancer survivor, the fight to end cancer is extremely personal to me,” said Ms. Overington. “I was shocked when the DMV recalled my license plate because fighting cancer in our communities is imperative, and a message I assumed everyone would embrace.” 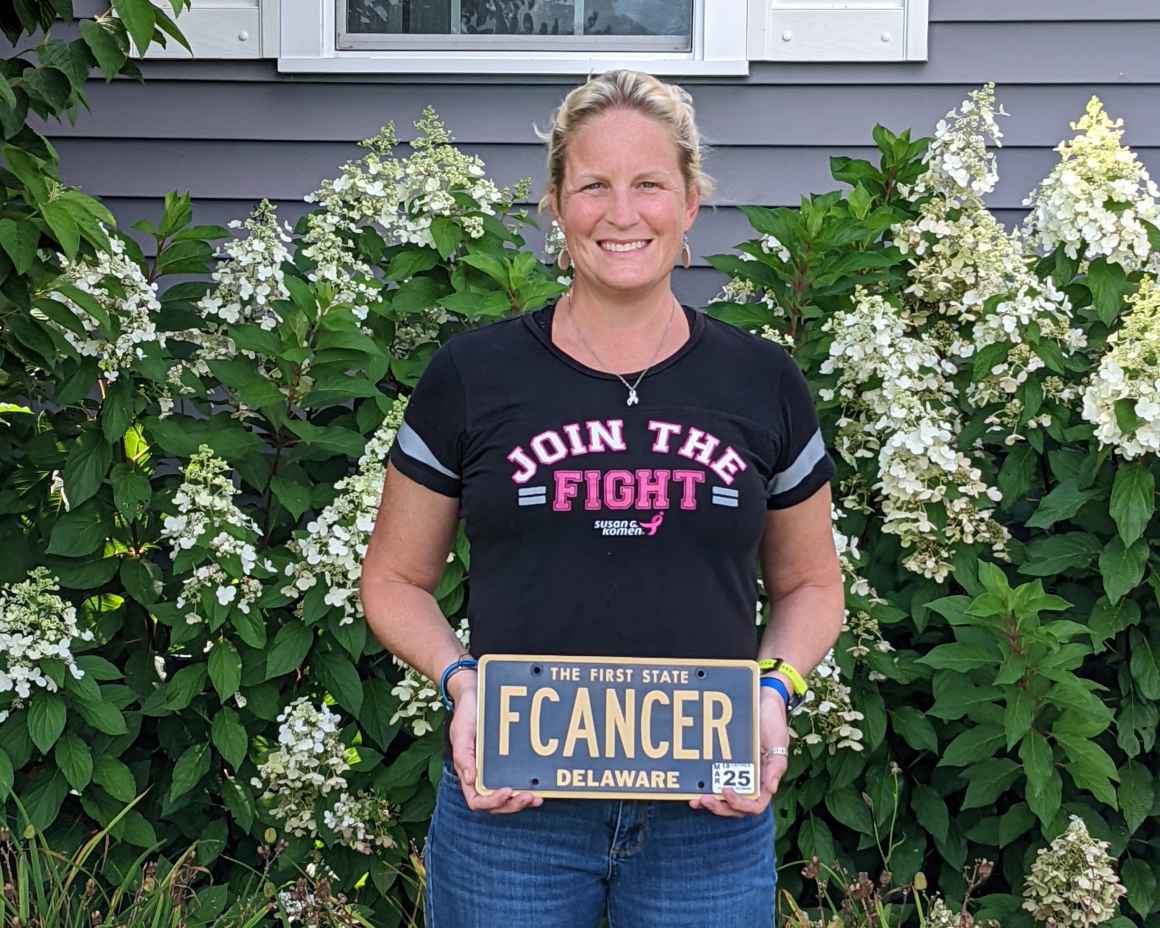 “Before my license plate was recalled, I received encouragement from other cancer survivors, family members of those lost to cancer, and many other community members. My license plate was an important message to others like me whose lives have been touched by cancer: that you are not alone. As my license plate declared that we have to fight cancer, I will also fight to make sure I can continue to provide that message to my community,” continued Overington.

In December 2020, Ms. Overington applied for the vanity license plate and received it in the mail two months later. However, in June 2021, she received a letter from the Delaware DMV that they were recalling the license plate because it “does not represent the division or the state in a positive manner.” Over the course of several weeks, she attempted to advocate with state officials to allow her to continue to use the FCANCER license plate, but to no avail.

Without an attorney, she filed a lawsuit in federal district court in 2021, and recently the judge rejected the state’s motion to dismiss the case citing that it raised a “significant constitutional issue.”

“Delaware permits its citizens to express themselves through vanity license plates,” said ACLU of Delaware Legal Director Dwayne J. Bensing. “This case underscores the problems in the Delaware DMV’s current review process, which is subjective and has now led to censorship of protected speech.”