1/25/17 Update: DSCYF has responded, saying they have received a recommendation that they "narrow the scope of employee testing to those stafe with direct contact with children." The Department Policy Work Group has met and is updating their policy to address concerns and identify those "regulated" staff who will be included in the Department's testing program. They expect the revised policy will be issued before the end of February. In the meantime, all random drug screening has been suspended.
However, pre-employment and reasonable suspicion testing will continue as stated in their policy.

We recently received complaints about the Department of Services for Children, Youth and their Families (DSCYF) performing random drug tests on their employees who do not have direct contact with children at work. Below is the letter we wrote to DSCYF asking that they immediately stop this practice, as it exceeds their statutory authority and violates the Fourth Amendment of the U.S. Constitution. As of today, we have not yet received a substantive response from DSCYF. 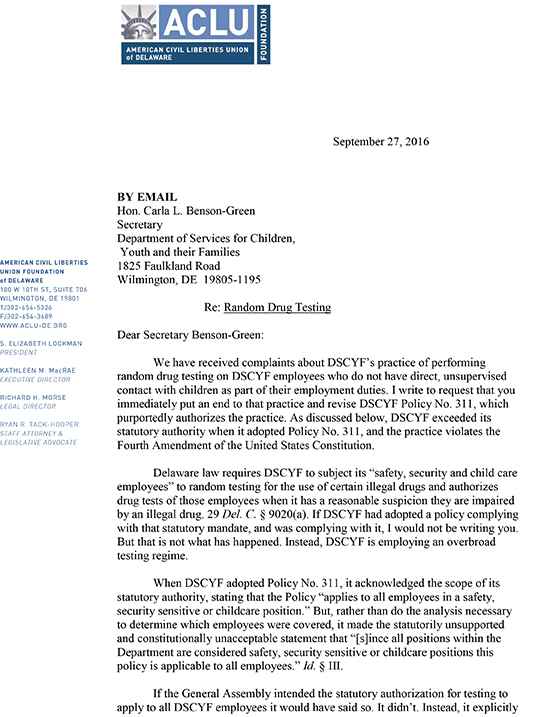 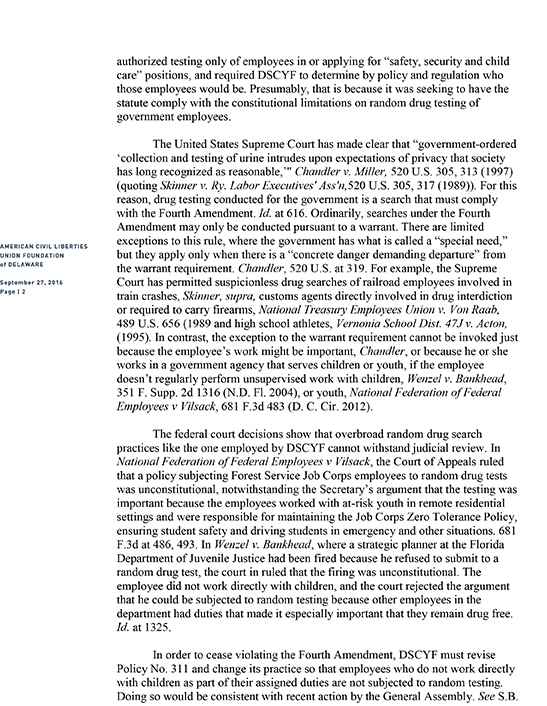 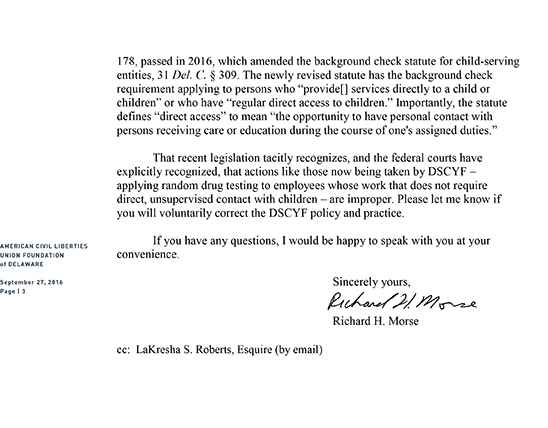 Entry at Airports and Other Ports into the U.S.

If Immigration Agents (ICE) Are at Your Door

What to Do When Encountering Law Enforcement

Bill of Rights in Simple Language

From the Executive Director: Are some Wilmington citizens living in...

The Fourth Amendment in the Digital Age