About the Amicus Society

It was the 20th century’s first “Trial of the Century.” On May 7, 1925, high school teacher John Thomas Scopes was arrested for teaching evolution in defiance of the Butler Act, a Tennessee law that banned such subject matter from the classroom. Barely five years old at the time, the American Civil Liberties Union had been looking for an opportunity to challenge the law, and Scopes provided just that. The legendary Clarence Darrow led the defense along with ACLU General Counsel and co-founder Arthur Garfield Hays. Prosecuting the case was William Jennings Bryan, Secretary of State under President Woodrow Wilson and a three-time presidential candidate. The court found Scopes guilty and imposed a $100 fine, a decision that was reversed by the Tennessee Supreme Court on a technicality.

The ACLU Doesn’t Give Up.

43 years later, we filed an amicus brief in Epperson v. Arkansas, in which the United States Supreme Court unanimously declared that anti-evolution laws like Tennessee’s Butler Act violated the Establishment Clause of the First Amendment.

In 2020, the ACLU will celebrate 100 years in the struggle for civil liberties.

The Scopes Trial put us on the map, and we’ve been making history ever since. Help us to keep making history—join the ACLU of Delaware Amicus Society. The Amicus Society brings together a network of First State lawyers who are committed to defending our civil rights and civil liberties. Members enjoy insider information and special opportunities to meet and learn from ACLU leaders. Most importantly, they make our work possible through their membership support.

For more information about the Amicus Society, please contact Melissa Bryson, Director of Development, at (302) 654-5326, ext. 100 or via email at mbryson@aclu-de.org for assistance. 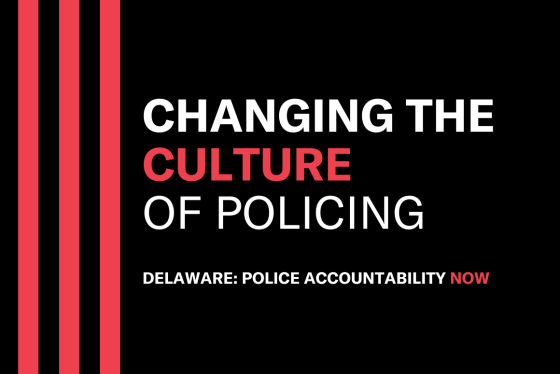 Changing the Culture of Policing