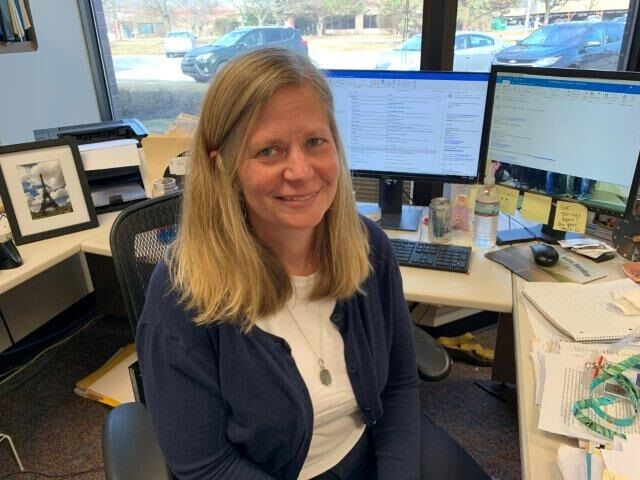 Carrie Sawyer Casey is the Manager of the New Castle County Division of Community Development and Housing. As a direct U.S. Department of Housing and Urban Development (HUD) Entitlement Grantee, Carrie is responsible for the management of $20 million in federal funding annually. Under her leadership, the Division was awarded over $15.0 million in additional HUD stimulus funding and the successful implementation of programs including the Neighborhood Stabilization Program and the Strong Neighborhood Housing Program. In 2020, Carrie with her colleagues presented the case to New Castle County government to purchase the former Wilmington Sheraton South to serve people experiencing homelessness during COVID-19. The hotel, purchased on December 1, 2020, reopened on December 15, 2020 as the Hope Center is currently housing over 300 people. Carrie often says, she is not worthy of the work she does because of how incredibly rewarding it is every day. She largely credits her colleagues in the Department and the people she serves, for helping her find her life’s passion.

Carrie began her career as an assistant to the Governor of Delaware, Thomas R. Carper, and joined his staff when he was elected to the United States Senate serving as Senator Thomas R. Carper’s Projects Director and New Castle County Director.  Carrie also worked as the Government and Advocacy Manager for St. Francis Hospital Foundation. Carrie is the Chairwoman of the Statewide Continuum of Care Board of Directors which is working to end homelessness in Delaware. She is the current President of the Delaware Chapter of the National Association of Housing and Redevelopment Officials, serves on the Board of Directors of First State Community Action Agency and is a Federal Home Loan Bank of Pittsburgh Housing Advisory Council Member.

Carrie was born and raised in New Castle and Wilmington, Delaware. She graduated with a Bachelor of Arts in Political Science from Humboldt State University in Arcata, California. She lives in Wilmington, Delaware with her husband, Mike and three teenagers, Isabel, Michael and Tierney.