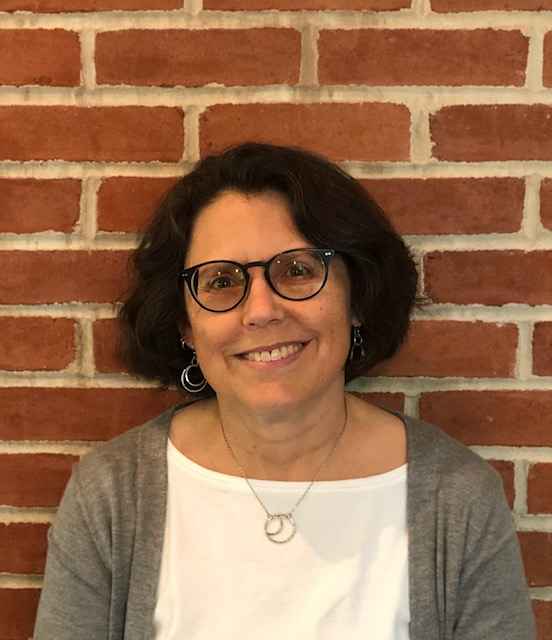 Rebecca Lowe is the Adult Program Coordinator and Development Director at the Lewes Public Library (LPL) in Lewes, DE. She also is one of the co-founders of Women’s March Sussex – DE (WMS-DE), one of the longest continually operating Women’s March groups in the nation.
WMS-DE was formed in 2017 in response to the first Women’s March on Washington and is dedicated to harnessing the power and raising the voices of everyday women In Delaware, and Sussex County in particular. The group is committed to bringing about transformative social change in the areas of economic justice, reproductive freedom, freedom from violence and harassment, labor, criminal justice, and LGBTQ+ rights. Over the past year, as access to abortion has been under attack in Sussex County and across the nation, WMS-DE joined a coalition of other organizations to lead the fight for reproductive rights in Delaware. Rebecca has been proud to represent WMS-DE on the coalition, working to engage Sussex County residents through rallies and legislative action.

As a library worker, Rebecca’s favorite Dewey Decimal number is 361.2, which covers the area of social action. In her role as Adult Program Coordinator, she works to ensure the library is a vibrant hub for free thought and discussion. Through partnerships with other organizations and community leaders, the library hosts presentations and conversations on key civil liberties and rights issues. Of particular note is the Lives in the Law series, which brings together noted figures in the world of law – lawyers, professors, scholars, historians, journalists, and activists – to join in dialogue about law and its significance, past and present. A high point for Rebecca was getting to ask Lawrence Tribe a question, then pressuring him to answer it.

Rebecca and her husband, Bill, have lived in his hometown of Lewes since 2000. They raised two children who embrace their 302 upbringings. She graduated from Bryn Mawr College three times, with a Bachelor’s in Psychology, a Master’s of Social Service, and a Master’s of Law and Social Policy. Rebecca acknowledges and is deeply indebted to her WMS-DE sisters and her LPL colleagues for the work they have done and the accomplishments they have achieved together. She is pleased to accept the Kandler award on their behalf.