The death penalty is the ultimate denial of civil liberties. Well over 15,000 Americans have been executed since the inception of the death penalty dating back to colonial times.
The U.S. remains the only advanced Western democracy that fails to recognize capital punishment as a profound human rights violation and as a frightening abuse of government power.

The death penalty should be repealed because:

From this day forward, I no longer shall tinker with the machinery of death. For more than 20 years I have endeavored...to develop...rules that would lend more than the mere appearance of fairness to the death penalty endeavor...Rather than continue to coddle the court's delusion that the desired level of fairness has been achieved...I feel...obligated simply to concede that the death penalty experiment has failed.

The Death Penalty in Delaware 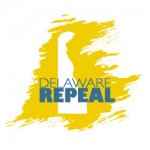