Delaware Sentencing and Justice: Where We’ve Been and Where We’re Going

Injustice creates a ripple effect in communities that hurts us all.

One of Delaware’s favorite mantras is that there are only two degrees of separation among people in our state. Chances are, either someone you know has been incarcerated, or someone you know knows someone who’s been incarcerated. With this intimate network in mind, the ACLU of Delaware prioritizes the day-to-day impact of mass incarceration in our work and tirelessly advocates for a legal system that ensures there's justice for all.

Delaware’s stark rate of imprisonment has been highlighted in studies of mass incarceration by organizations all over the country. Most recently, The Sentencing Project released a report titled The Color of Justice: Racial and Ethnic Disparity in State Prisons, which spotlights a truth we’ve been talking about for years: in a state where Black residents make up less than a quarter of our population, more than half of Delaware’s prison population is Black—which puts us among only 13 states with this staggering disparity.

The Delaware Campaign for Smart Justice seeks to remedy the injustice and disparities that stem from over-policing, sentencing inequities, abuse of force, and other tactics that primarily impact communities of color. Smart Justice Delaware tirelessly works to hold police accountable, protect the rights of those incarcerated, reform harsh sentencing laws, end unjust practices like cash bail, combat racial inequities, and push for investments in alternatives to incarceration. When this year’s legislative session closed, five of our priority bills had passed the General Assembly, including both Clean Slate bills, which will give a true second chance to 290,000 people living with Delaware records. In 2021 alone, Smart Justice Delaware successfully advocated for the passage of SB 147: Clearly Defining Use of Force Justification, SB 148: Giving AG Power to Investigate Non-Lethal Use of Force, HB 195: Regulating Governance of Body-worn Cameras, SB 111: Automating Expungement Through the Clean Slate Act and SB 112: Expanding Eligibility for Mandatory Expungement.

Our campaign’s mission to promote justice and secure social equity in our legal systems is far from over. With each coming year, we pursue legislation and litigation to make change for the immense number of Delaware residents who have been adversely affected by the legal system. Through public education, grassroots organizing, and legislative advocacy, we will challenge these systems and create sustainable reform for individuals, families, and communities. 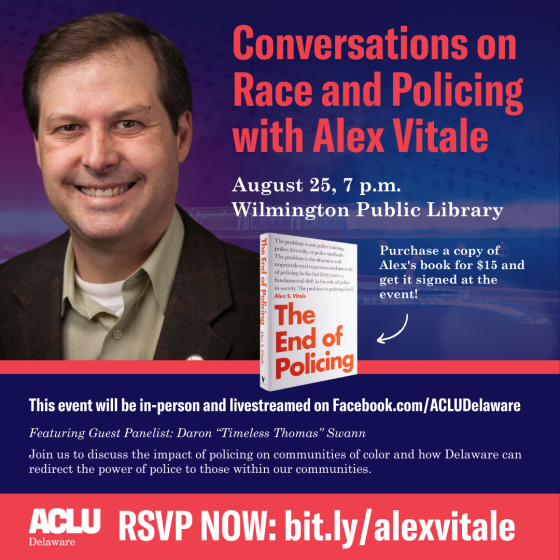 Roe v. Wade is Codified in Delaware, But Where Do We Actually Stand...