The American Civil Liberties Union of Delaware and the Delaware Community Legal Aid Society, Inc. are excited to announce a victory in the county track of our education funding lawsuit: ​Delawareans for Educational Opportunity v Carney​. On May 8, 2020, the Court ruled that counties’ reliance on decades old valuations for property tax assessment violates Delaware law and Delaware’s Constitution.

Dan Atkins, Executive Director of CLASI, said “For 75 years CLASI has been advocating for Delaware’s most vulnerable citizens. [This] ruling is a welcome step towards providing children living in high poverty communities with the educational opportunity everyone should want for them.”

Fixing the counties’ inequitable and outdated system of property tax assessment is an important step toward ensuring that education funding in Delaware is fair and adequate. Our funding system must be designed to meet the needs of all of Delaware's children, especially those who have historically been marginalized and underserved. We are pleased with the Court's ruling.

Next step: Further proceedings will be scheduled to determine the timing and manner of an appropriate remedy for the County Track violations. Trial is still set for November in the state track of this lawsuit.

We’d like to extend a special thank you to the team at Arnold & Porter, who have been indispensable cooperating attorneys on this case.

Just over two years ago, ACLU of Delaware, along with Community Legal Aid Society (CLASI), filed a lawsuit in the Delaware Court of Chancery on behalf of Delawareans for Educational Opportunity and the Delaware NAACP. The lawsuit, in support of underserved public school children, consists of two separate claims with one big aim: getting our state and counties to do what they must to ensure that all students will have a meaningful opportunity to receive an adequate education, regardless of their geographic location, language, income, or ability status.

A lot has happened since we filed on January 18, 2018. After we prevailed against motions to dismiss from all defendants, the Court split the case into two “tracks,” one addressing claims brought primarily against the 3 counties, and the other focused on claims regarding state funding for education.

In the piece of the suit focused on local money for schools, we went to trial in July 2019 and concluded post-trial submissions to the court in mid-January 2020. During trial, we argued that the counties’ outdated property assessments violate the Delaware Code and the Uniformity Clause of the State’s Constitution by collecting taxes based on property assessments from the 1970s and 80s —therefore creating disparate outcomes for property owners, such as those described in this New York Times article on Fair Housing, and constant funding crises for schools whose tax base has remained artificially stagnant for decades.

We hope to see a ruling on liability in the county track of this lawsuit by summer. The ruling should determine whether each county is responsible for reforming their tax collection practices to comply with the law—likely by reassessing.

On the state track of our lawsuit, we are currently engaged in intensive pre-trial preparation and we’re scheduled for a three-week trial beginning on November 4, 2020.

Outside of the courtroom, this lawsuit has already made an impact on Delaware’s education funding. Since we filed, we’ve seen a shift in the conversation about the urgent need to reform our schools’ education funding systems. This shift in urgency, combined with our pending lawsuit, put pressure on state lawmakers and other stakeholders to take action to address student needs that have gone unmet, despite having been the focus of numerous reports, task forces, and recommendations over the last 20 years. Since 2018, Governor Carney, with support from legislative partners, has:

These reforms are important steps, and we support the investment in meeting the needs of some of Delaware’s most vulnerable children. We will keep fighting until the investments are more substantial and become permanent parts of our education funding system. Our children, and the future of our state, depend on it.

We’d like to extend a special thank you to the team at Arnold & Porter, who have been indispensable cooperating attorneys on this case.

This morning the Court of Chancery issued an opinion in our lawsuit to ensure adequate and equitable funding for public schools. The suit was brought by two civil rights organizations, Delawareans for Educational Opportunity and the Delaware NAACP.

Vice Chancellor Laster ruled in a 135-page opinion that the Delaware Constitution “obligates the State of Delaware to create and maintain a system of public schools that successfully educates Delaware’s students.” He also ruled that the Constitution’s “Education Clause grants the State broad discretion over the means it chooses to achieve this end, as long as it achieves that end” and that “the issue in this case is whether the means that the State has chosen is achieving that end for Disadvantaged Students.” Determining that the complaint “pled sufficiently that Delaware’s system of public schools fails to provide an adequate education to Disadvantaged Students,” he denied the state’s motion to dismiss the case. The Opinion also states:

"A court must also take into account and afford due deference to the political branches’ efforts to address the multi-faceted and ever-evolving challenges inherent in designing and implementing an educational system. No system will be perfect. Ultimately, however, the Education Clause contains a qualitative component, and a complaint can state a claim for a violation of the Education Clause if it sufficiently alleges (as is undisputed here) that the State has failed to meet it.

Our case is strong. The Delaware Constitution requires effective schools and it is the role of the court to ensure that the constitutional commitment is being met. This lawsuit is important because many high poverty schools in both rural and urban areas are receiving fewer resources per student than schools with students who are better off. As a result, low income students, English language learners and students with disabilities are being left behind.

To read all related documents, please scroll down to the “Documents” section below.

Delaware’s education system is not providing a meaningful opportunity to obtain an adequate education to all students, so we've filed a lawsuit that aims to fix that. The suit, filed in the Court of Chancery on January 16th, 2018, is brought on behalf of Delawareans for Educational Opportunity and the Delaware NAACP.

“Every child deserves a chance to succeed,” said Kathleen MacRae, the executive director of the ACLU of Delaware. “All students have a right to an education that prepares them adequately for college and the world of work,” she continued.

The state is failing students from low income families, students with disabilities and students who are English language learners. Test scores for these disadvantaged students are far below state standards set by the Delaware Department of Education. The scores demonstrate, by the state’s own measures, the failure to adequately educate these students.

State testing data shows that 64 percent of low income students, 85 percent of English language learners and 86 percent of students with disabilities did not meet the state standards in grades three through eight for English language arts. 74 percent of low income students, 81 percent of English learners and 89 percent of students with disabilities were below the state’s math standards in those grades. The results for high school students are even worse.
The suit claims that the problem of low achievement for the groups of disadvantaged students it identifies have been long recognized and are detailed in state-commissioned task force reports issued in 2001, 2008 and 2015. These reports identify educational standards and interventions necessary to support achievement, including: smaller class size; expanded school time; highly qualified, specially trained teachers; a focus on early literacy; partnerships with health, family welfare and specialized education service providers; current technology; and effective family engagement. Yet, not all schools in Delaware are provided with enough resources to follow these recommendations and recent spending cuts have made them even further out of reach.

“Despite the best efforts of teachers, families, and school staff, the current education system fails too many Delaware children. The state often provides more support to children who are well off than it provides to children living in poverty. The state must meet its constitutional obligation to adequately educate all students,” said ACLU-DE legal director Ryan Tack-Hooper. 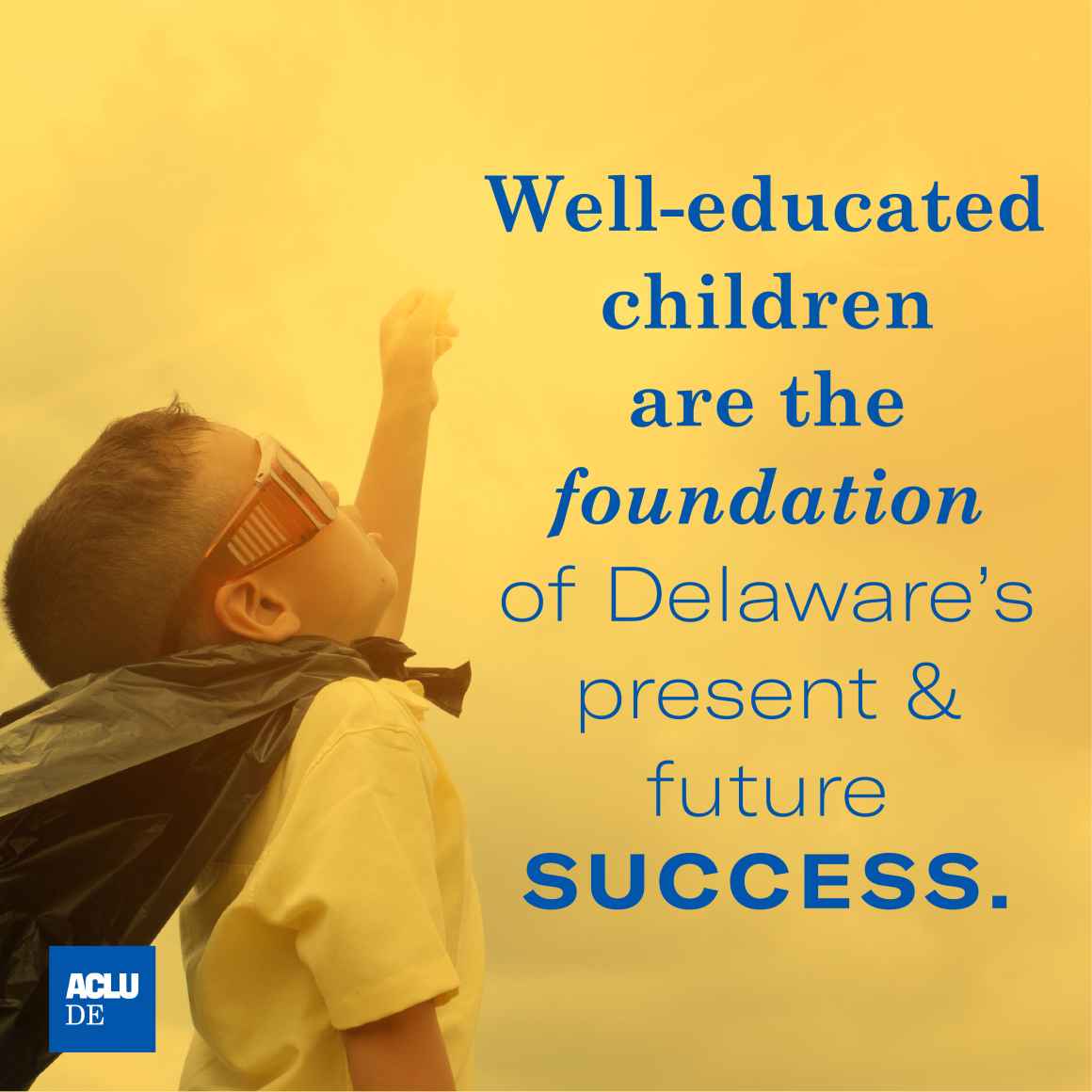 Delawareans for Educational Opportunity is an association of concerned parents and community leaders that includes parents of low-income students, students with disabilities and English language learners. Delaware NAACP is dedicated to ensuring that all students have an equal opportunity to obtain a high quality public school education.
Plaintiffs are represented by Ryan Tack-Hooper and Karen Lantz of the ACLU of Delaware and Richard Morse and Brian Eng of the Community Legal Aid Society, Inc. 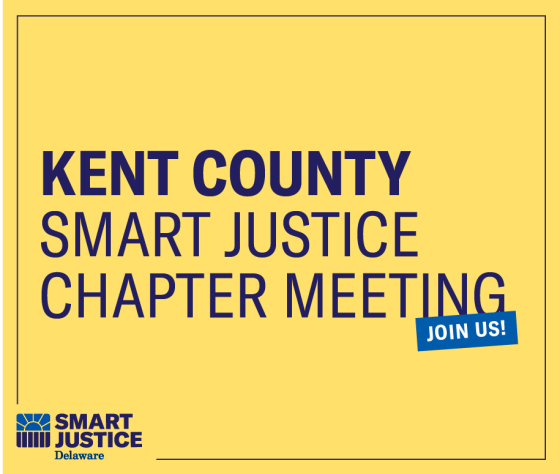 Parents and Teachers Working Together: The Power Pact

Read Our Final Newsletter of 2018!