In October 2013, DOE published proposed uniform definitions for student conduct that can result in alternative placement or expulsion. The definitions accommodated about half of our numerous criticisms of DOE’s August 2012 draft of the definitions. We submitted a new critique addressing the remaining problems created by the definitions. DOE has not yet responded. 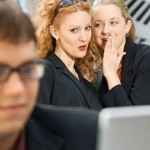 At the request of Delaware AFSCME, we explained to the City of Wilmington Law Department that it must direct a departmental manager to cease prohibiting employees from wearing traditional African-style garb to work. At last word, the law department had advised the manager that employees could wear that clothing on casual Fridays, and it was researching what had to be allowed during the rest of the week.

An ACLU-DE representative has been appointed to serve on the task force created under a Senate Concurrent Resolution to address workplace bullying. Our role is to guard against possible cures for workplace bullying that might violate the right of free speech.

The petition we filed on behalf of the Sierra Club, seeking a ruling that DNREC had violated Delaware’s Open Meetings law when it held a public hearing on a refinery license application in a venue too small for the expected number of attendees, was denied. The Department of Justice ruled that DNREC is exempt from the public meetings provisions of that law because it is a public body “having only one member”—the Secretary.