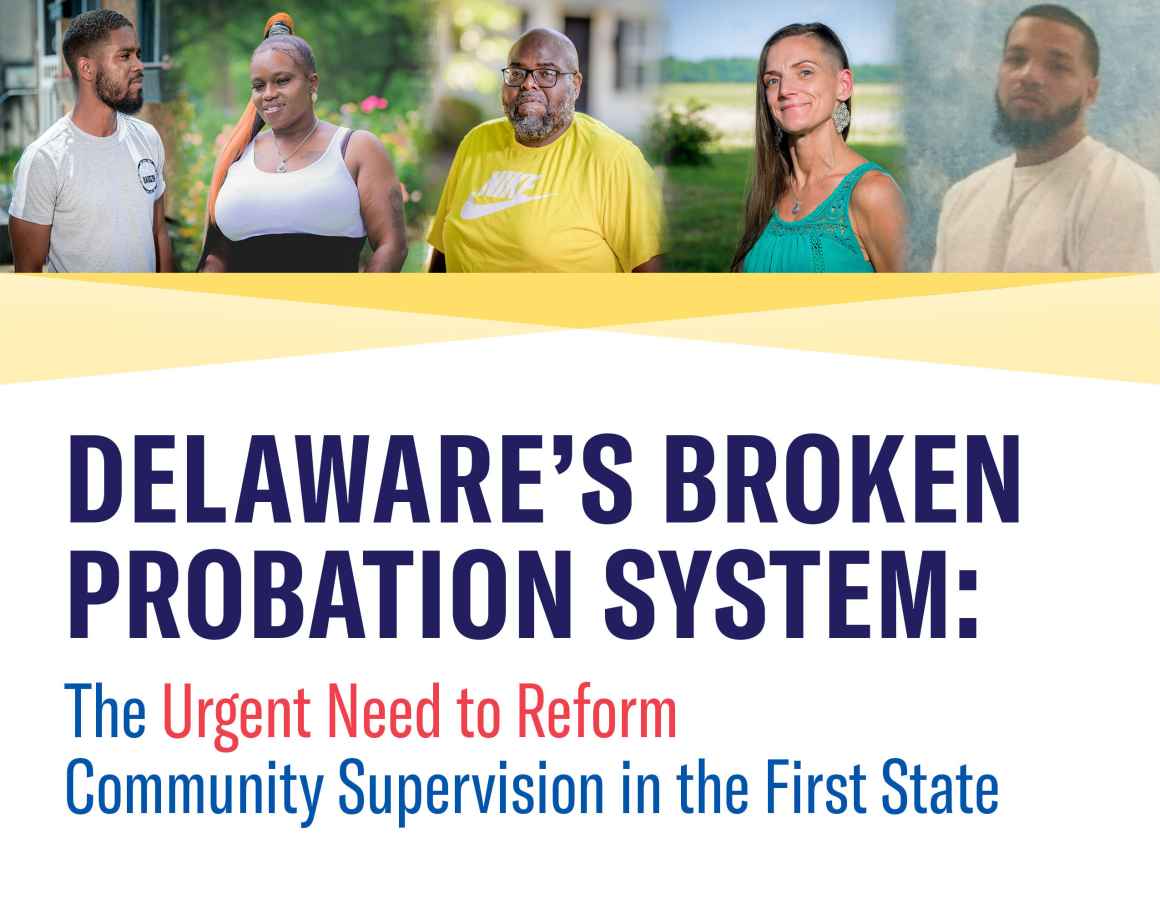 Delaware has the 8th highest rate of probation in the nation, with a punishment-heavy focus that leads many back to prison. Here are the facts:

Every person sent back to prison represents a failure of our justice system—a life delayed because of a system focused on punishment rather than rehabilitation. Delaware deserves a probation system that will lift people up and provide them the support they need to thrive.

But reform is possible. Even today, since March 2020, the prison population in Delaware prisons has dropped 14 percent due to COVID-19 and a reduction in technical probation violations. If officials enacted the ACLU of Delaware’s recommended reforms and cut the average length of time a person spends on probation by half, and reduced probation violations by 60 percent, Delaware would save at least $37 million by 2025. At a time when budgets are lean and leaders have to make difficult funding decisions, these are dollars that could be invested to lift our communities up, rather than punish them.

Join us in calling for systemic change by going to our new interactive website, where you can read our report, learn about the lives impacted by probation in Delaware, and take action to reform our broken system.

We'd like to extend a special thanks to those people currently and formerly on probation, reentry providers, Delaware state justice system personnel, and community members who were willing to share their stories, expertise, and perspectives for this report.