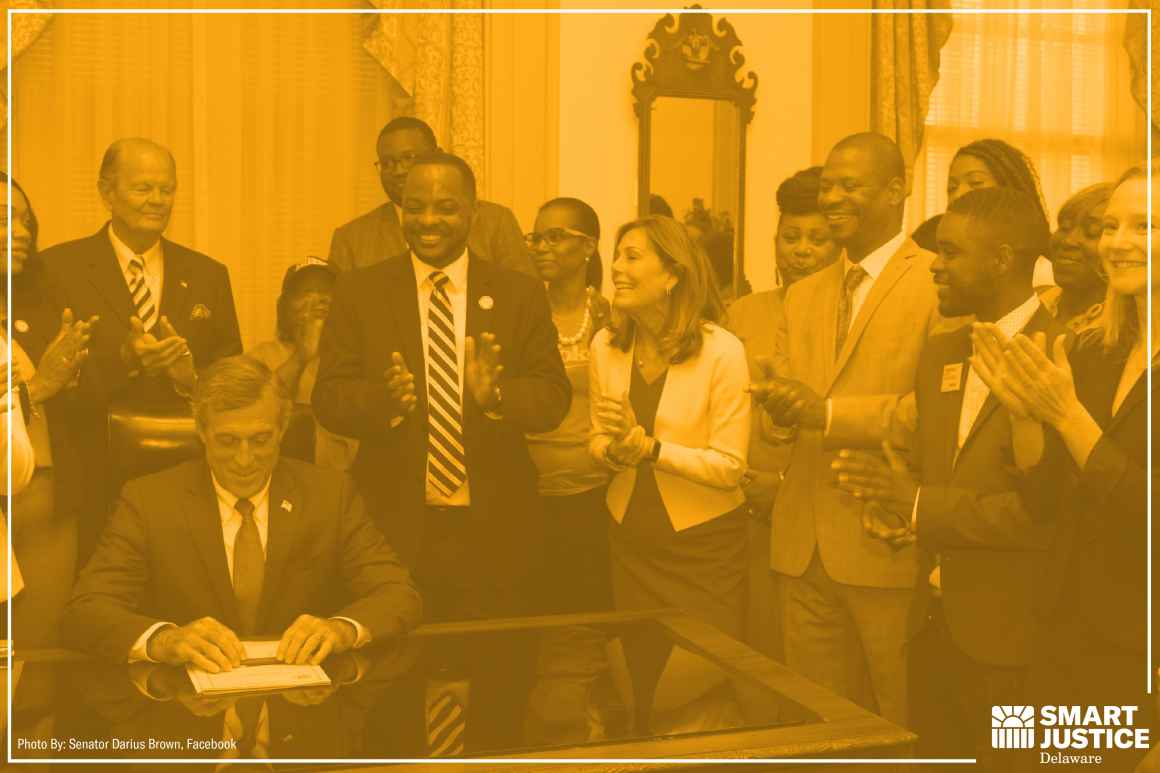 As the Delaware attorney general’s race was heating up last June, the News Journal wrote that “talk of being ‘tough on crime’ is taking a back seat in the race for the Democratic nomination for attorney general to pledges of reducing the state's prison population and creating a more fair justice system.”

Upon reading that statement, we here at the ACLU-DE took deep breaths and crossed our fingers. The conversation was shifting, and we were seeing some of our Campaign for Smart Justice work pay off as we watched candidates speak more about our campaign goals: ending mass incarceration and challenging the racial bias in Delaware’s criminal justice system.

Our excitement was muted, though, because campaign promises are one thing—but was real change possible?

Following the election, an invigorated Campaign for Smart Justice geared up for an historic legislative session, the centerpiece of which was a package of 19 criminal justice reform bills.

The Campaign formed the Delaware Coalition for Smart Justice – an advocacy group filled with community stakeholders who were ready to take on the task of reviewing and advocating for the bills in the package that would have the most impact on our campaign goals.

A new force emerged from the campaign, too—the Game Changers, a community-based advocacy group made up of people directly impacted by the criminal justice system. This year, they took their collective voice to Legislative Hall and claimed their seat at the table of Smart Justice reforms.

The coalition supported those bills that targeted consecutive sentences, lack of access to expungement, and sentence “enhancements” for drug offenses, among other things—all of which do nothing to further public safety and serve no legitimate rehabilitative purpose.

All of which, too, target people of color and drive Delaware’s epidemic of mass incarceration.

Now, a year after a seismic shift in the political conversation around criminal justice reform, we know that real, meaningful change is not only possible—it’s happening.

There was a bit of a lull mid-session, but the push for criminal justice reform never slowed down—and the pressure worked. In this last week before the break, legislators passed bills that will give discretion back to judges in sentencing, expand second chances by allowing more access to expungement, change the drug code to create more fair charging guidelines, and remove restrictions on licensing in several trades for people with convictions in their past.

The Coalition for Smart Justice advocated for all 19 bills in the criminal justice bill package this session. When the 150th General Assembly went on break after a long day in session on Sunday, June 30, 11 of those 19 bills had passed the legislature. Governor Carney has already signed two of those 11 bills and the remaining nine are on their way to his desk for review.

Here’s an overview of all 11 bills that passed:

In just one year, the Campaign for Smart Justice shifted the conversation away from the failed rhetoric of “tough on crime.” They’ve held our legislators accountable for keeping their promises to enact real, meaningful reform, and they’ve engaged a community of people who are ready to continue the fight until racially-charged mass incarceration in Delaware is a part of our history, not our present.

This kind of success would not have been possible without the efforts of everyone involved with the Campaign for Smart Justice, the Coalition for Smart Justice and the Game Changers. Real, meaningful change is coming, and we have them to thank for it.

The Campaign for Smart Justice would also like to extend well-earned recognition to the elected officials who sponsored, worked on, and voted for these impactful bills. Attorney General Kathy Jennings, Senator Darius Brown, Senator Nicole Poore, and Representative Valerie Longhurst, among many others, led the charge for change this year—and the impact that will have on Delawareans’ lives will be felt for years to come.

This is historic. This is people power. 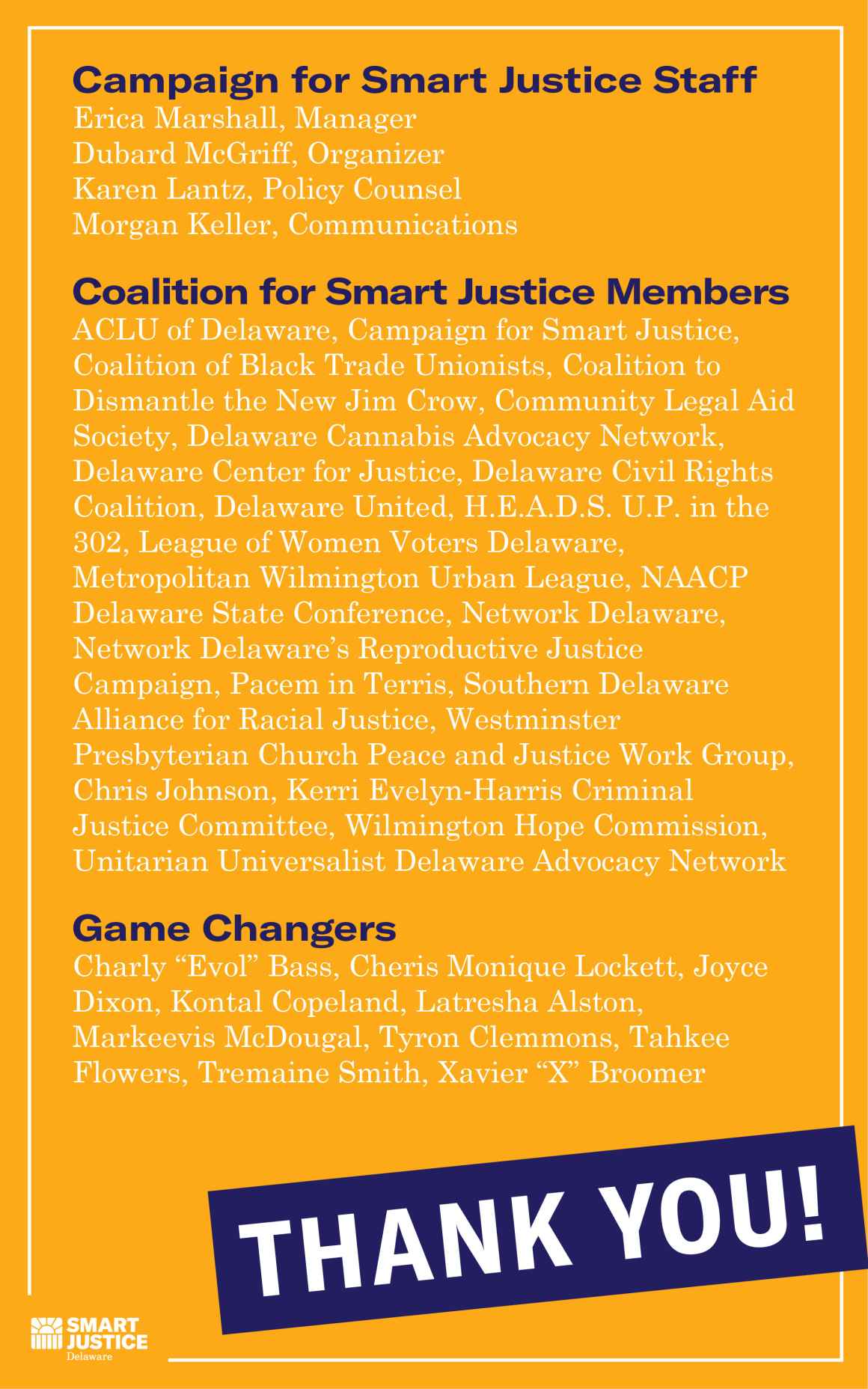 Campaign for Smart Justice Delaware Launches Carry My Own Vote...

It's Time for Smart Justice in Delaware