Meet Delaware NOW: Our state's chapter of the National Organization for Women 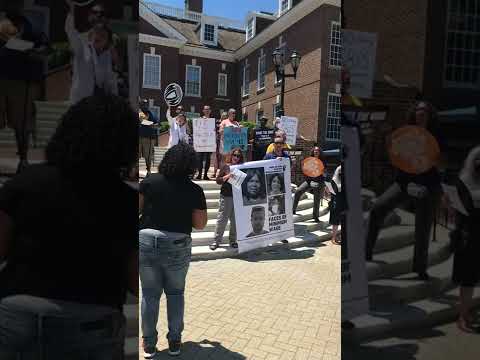 Just over five years ago, on January 21, 2017, people from across the nation descended upon Washington, D.C. in an historic demonstration of support for women and in protest of a newly inaugurated President — a President who had won his election despite a well-documented history of sexual harassment, misogynist statements, and other anti-women behaviors. This Presidency was marked by broadly implemented rollbacks on gains previously made for women.

One year ago, Joseph R. Biden, Delaware’s own former U.S. Senator and sponsor of 1994’s ground-breaking Violence Against Women Act, was inaugurated 46th President of the United States. His inauguration presented renewed opportunities not only to advance and expand women’s rights, but also to regain rights that had been eroded or completely lost under the previous Administration.

Enter Delaware NOW, the Delaware Chapter of the National Organization for Women, organized in February 2021 in response to the need for an independent, statewide grassroots organization that is exclusively charged with fighting for the advancement of and full access to equal rights for all women and girls.

Over the past year, we have been growing our statewide membership and partnerships to effectively fight for gender equality, as we rebuild after Trump amidst a radically changed Supreme Court and the continuing COVID-19 pandemic.

Perhaps none of the Trump rollbacks will have a longer lasting impact than his appointment of three highly conservative Supreme Court Justices. These appointments shifted the balance of power within the Court and emboldened anti-abortion advocates. The timing couldn’t have been better for Delaware NOW to organize, as we were ready when the wave of anti-abortion legislation sweeping our nation reached our state on Tuesday, December 14th, 2021, with the passage of an ordinance in the City of Seaford, which would restrict abortion access unconstitutionally under both state and federal law.

When ACLU of Delaware threatened to sue the City of Seaford, Delaware NOW was the organization that stepped up to serve as plaintiff. Attorney General Kathy Jennings has now filed suit against Seaford and the City has issued a stay on the ordinance, but we stand ready to take action if this ordinance is enforced, or if any other city in Delaware tries to pass a law that would restrict access to abortion.

When the Supreme Court rejected an emergency request to block the Texas abortion ban, Delaware NOW formally partnered with the national Women’s March on their October 2nd nationwide day of action. We were the convening partner for Delaware’s sister rallies in Wilmington and Seaford, co-hosting with Women’s March Sussex, the Southern Delaware Alliance for Racial Justice, and Planned Parenthood of Delaware. Altogether, nearly 400 people attended both rallies, with young women, BIPOC women, and LGBTQ and gender diverse speakers dominating our speaker lineups. 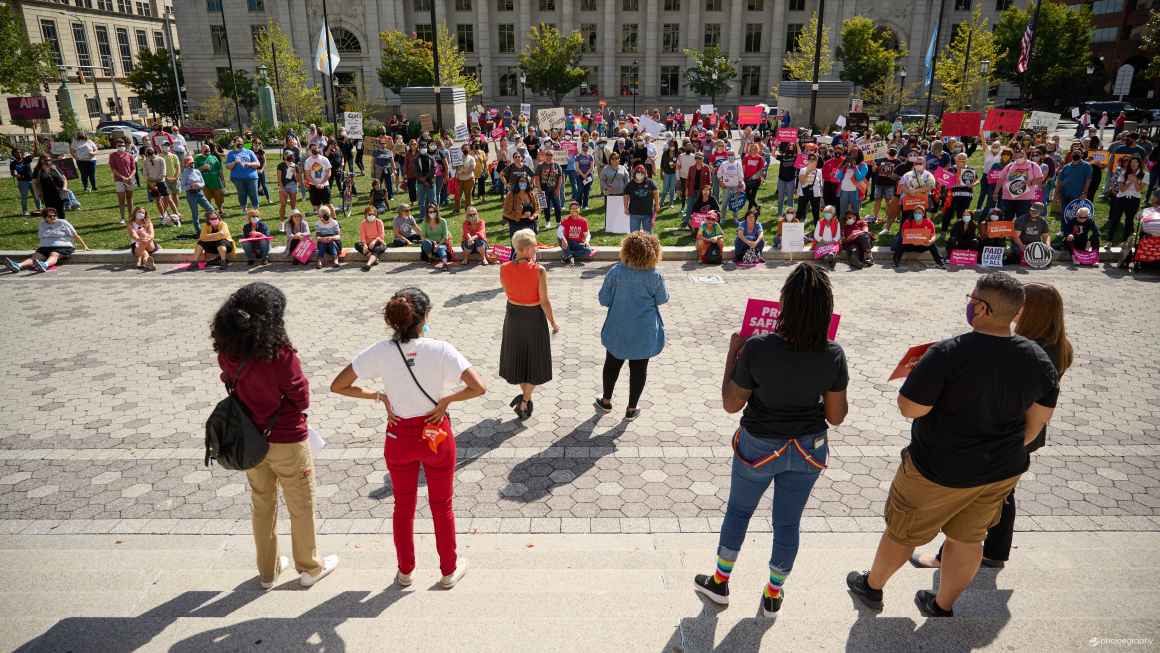 While abortion access has been a focus for much of our first year, the first issue we took on as an organization was the $15 minimum wage, as our goal is to build a truly diverse organization that fights for the equal rights of all women and girls - especially those marginalized by demographics such as socioeconomic class, race, citizenship status, gender identity, sexual orientation, or age. Raising the minimum wage is solidly a women’s issue, as women workers – especially women of color – are disproportionately represented among minimum and lower wage earners. We were the convening partner of the Raise the Wage Delaware Coalition, which aligned our organization’s advocacy with the Delaware Working Families Party, AFSCME Council 81, and the Delaware Hispanic Commission, to finally pass the $15 minimum wage on its third attempt in the state legislature this past June.

Other work over our first year includes our partnership with the Delaware Cares Coalition, supporting literacy instruction for migrant Latinx and Hispanic mothers in Sussex County, and joining the fight to promote education, policies, and funded programs that will improve maternal health outcomes for Black women statewide. When Wilmington’s Red Clay Consolidated School District faced opposition to a school board policy which proposed protecting transgender and gender diverse students in our state's largest school district, Delaware NOW leadership and members wrote letters and were on site at the meeting to testify in support – and to see it pass.

Over the past five years, women and girls have lost ground due to politics and a pandemic, but we are coming together in Delaware as a statewide grassroots membership to fight to regain this ground. We unite to both expand the rights of women and girls and to ensure equal access to the benefits of those rights. As a small state and the home of our sitting President, Delaware has the unique opportunity to lead in implementing progressive policies that can serve as a national model for advancing full equality for all women. Please support Delaware NOW in its work on behalf of women and girls by joining us today!

Our Statement on the AG Lawsuit Against the Seaford Fetal Remains...

“Bans Off Our Bodies” Protests in Wilmington and Georgetown, Part...