Senate Bill 149, sponsored by Senator Elizabeth “Tizzy” Lockman and Representative Kendra Johnson, would make police disciplinary records public and enable the creation of community oversight boards with the power to hear and decide police disciplinary matters — and the poll released by the ACLU and ACLU of Delaware today reveals that Delawareans support these measures in staggering numbers.

SB 149 passed the Senate Judiciary Committee on June 16, but with just one week left before this year’s legislative session ends, advocates are pushing for swift movement to get this bill through the General Assembly and on Governor Carney’s desk.

Today’s rally featured Haneef Salaam, manager of the Delaware Campaign for Smart Justice, family members of Lymond Moses who was killed by Wilmington police, LaToya Holley, sister of Anton Black, who was killed by a former Delaware police officer in Maryland, and Shané Darby, Wilmington City Councilwoman. After the rally, attendees took direct action in support of SB 149 through emails, phone calls, and the delivery of more than 1,000 postcards in support of police accountability to members of the General Assembly.

In a powerful testimony, Lakeisha Nix, sister of Lymond Moses, called for immediate change to make police disciplinary records available to the public through SB 149. “It’s going on six months… I don’t know who murdered my brother. They blurred [police officers’] faces out but they let the world see my brother get murdered on camera. This is not right. At this point, this is about the greater good.”

At the rally, Shané Darby, Wilmington City Councilwoman also spoke, noting that state legislation is holding back Wilmington’s community oversight board from being effective. She said “We have a civilian review board, we have money [to fund the civilian review board], but we can not hold police officers accountable without — on the state level — getting this legislation passed.”

A recording of the rally can be found on the Delaware Campaign for Smart Justice page here: https://www.facebook.com/SmartJusticeDE/videos/812288406124212/ 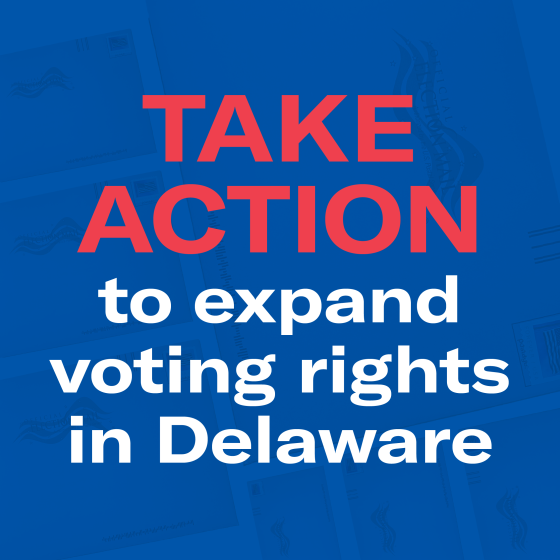 Fines and Fees: The Financial Roadblock to Second Chances

List of Plaintiffs Who Are Alleging Abuse at SCI Grows...