For decades, America’s policy has been to maximize harsh prison sentences in order to deter crime. These policies, rather than producing a freer and more prosperous society, instead resulted in the incarceration of a staggering amount of people and burdened even more with lifelong records.

Today, nearly 1 in 3 Americans have some sort of arrest or conviction on their record.

A study conducted by researchers from Santa Clara University (SCU) found that, of the approximately 975,000 people living in Delaware, between 250,000 and 400,000 of them have a record. Only 153,000 of these people were actually convicted of crimes.

Delaware law allows individuals whose records meet certain conditions to expunge their records through a lengthy, costly, and burdensome process. The SCU study estimates that 40% of Delawareans convicted of crimes and 85% of individuals with records altogether meet the legal criteria necessary to have their records expunged. However, only a rough 6% of these individuals have actually received an expungement. The remaining 94% fall into what SCU calls the “second chance gap.”

The second chance gap is fundamentally a bureaucratic problem. Over 60,000 people are currently eligible for relief in Delaware, but the government cannot meet the need due to the cost and workload of the current process. 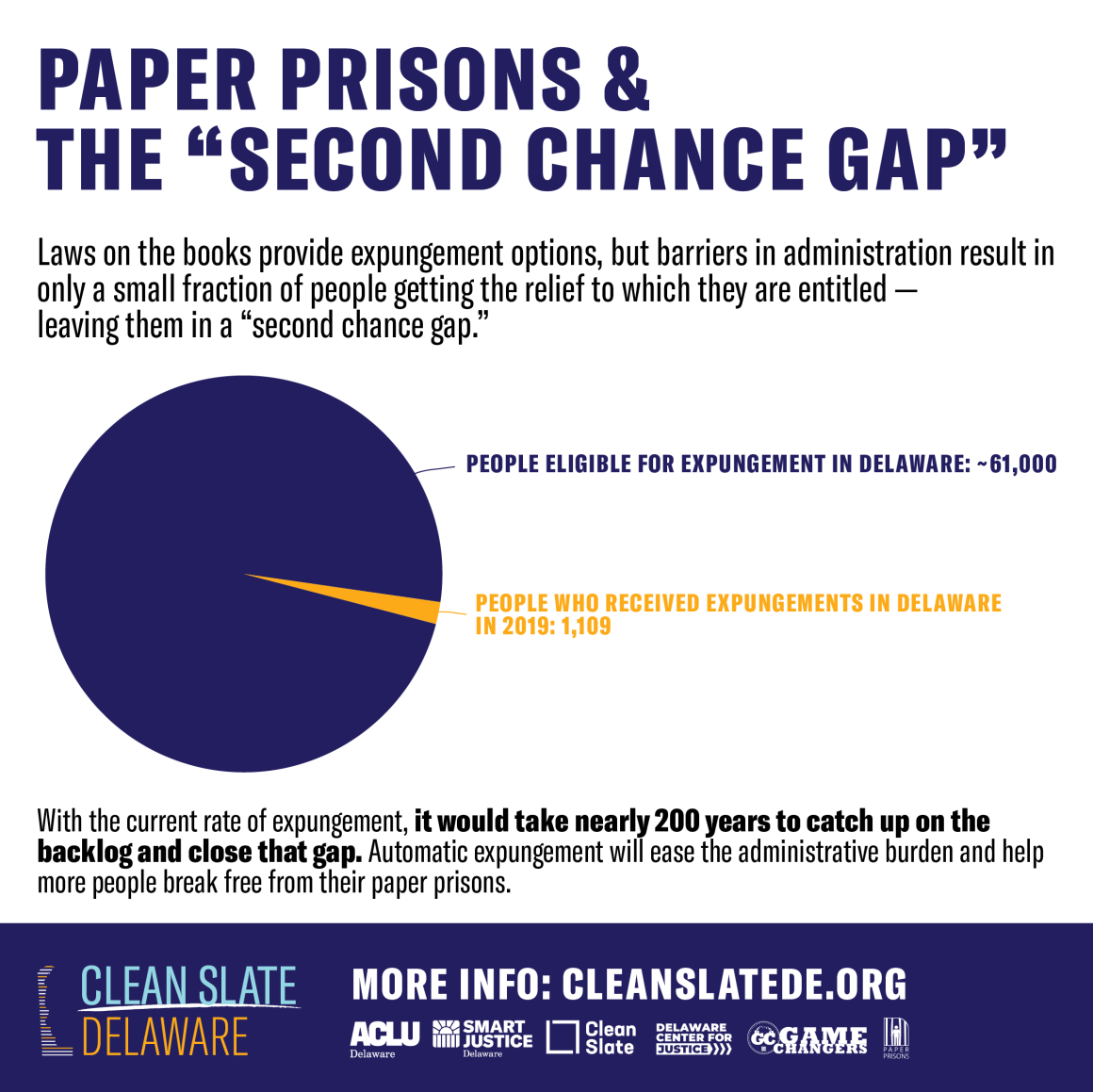 Records indicate that the State of Delaware expunged 1,101 cases in 2019. If expungements continue at the current rate, it would take nearly 200 years to clear up the backlog.

Most Americans believe that the justice system should be rehabilitative and once a person has served their time, they should be able to move on with their lives. However, most people living with a record face significant barriers to education, employment, housing, credit, and other opportunities.

Nearly all employers use some type of criminal background check to vet job candidates. No matter how minor the offense or how long ago it occurred, employers, landlords, and colleges frequently reject applicants with a record.

These records are just pieces of paper, but the obstacles they create in life often lead to further arrests, convictions and returns to incarceration. Under a system too inefficient to expunge the vast majority of eligible records, Delawareans in communities across the state find themselves locked in paper prisons.

Automatic expungement will help to unlock these paper prisons.

The Clean Slate Delaware campaign is a state-focused partnership with the national Clean Slate Initiative, spear-headed by the ACLU of Delaware, Coalition for Smart Justice, Delaware Center for Justice, Game Changers, and Paper Prisons Initiative, looking to pass legislation to automate expungements for eligible individuals and allow people who have served their debt to society to move on with their lives.

Automatic expungement may not dismantle the problem on its own, but it is a key component of the solution.

This initiative is needed now more than ever to ensure that over 60,000 Delawareans who are eligible for relief don’t continue to be sentenced to 194 years in a paper prison. 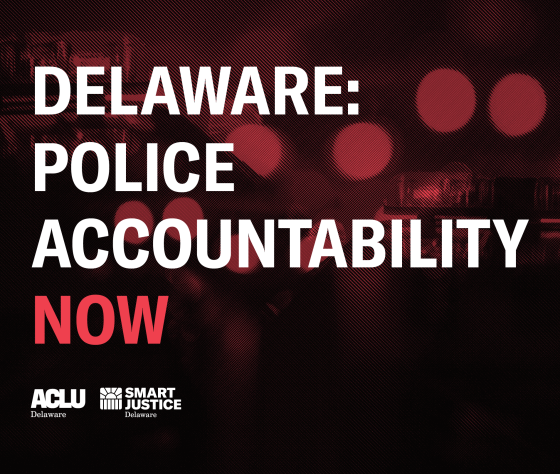 Our Statement on the LEATF Recommendations Meeting on 4/29