The American Civil Liberties Union of Delaware (ACLU-DE) and the Christina School District Board of Education have agreed to settle a complaint pending before the State Human Relations Commission, including provisions that will modify current school disciplinary policies to ensure fairer treatment for students.
As part of the settlement, the school district will also rescind the expulsion of an 11 year old student, eliminate all reference to the expulsion from school records, and provide a letter of apology. Based on the settlement agreement, the Human Relations Commission is dismissing the complaint filed by the student’s mother, Wanda Stanley.
The case arose from a March 2009 incident when a box cutter was discovered in the coat pocket of Stanley’s daughter, a 5th grade African American student at Pulaski Elementary School in Wilmington, and she was expelled for one year. The coat was brand new, and Stanley contended that the box cutter must have been accidently left in the pocket by someone at the store where it was purchased.
School officials said these circumstances were irrelevant due to their zero-tolerance policies, even though they had previously made exceptions to zero-tolerance policies for white and bi-racial students. The district board of education and the state board of education each ruled the expulsion was justified. The negotiated settlement reverses these decisions and revises school disciplinary policies so that student expulsion is less likely.
“We are very pleased that Christina officials and board members agreed to make a number of important changes to their disciplinary policies that will improve due process for students and help make punishment imposed by the school more appropriate to the infraction,” said ACLU-DE Executive Director Kathleen MacRae. “Zero-tolerance results in too many students being expelled, and even turned over to the police, for immature behavior that would have earned a few days of detention a generation ago. Expulsion is often the first step into the school-to-prison pipeline; it pushes children out of school and into the juvenile justice system.”
Under the terms of the settlement, the Christina School District has agreed that the duration of an expulsion can be as low as zero days. Mitigating circumstances such as the risk of harm, intention, age and grade of the student, will also be considered before imposing punishment. To improve due process, the district will increase the time from 2 to 10 school days before a district level expulsion hearing is held and will train school authorities to advise students that they are not required to answer questions or provide a written statement during the investigation of an alleged disciplinary violation.
The Christina School District had the highest rates of expulsion among the state’s 19 school districts in the 2007-2008 and 2008-2009 school years. In 2009-2010, the district’s numbers declined for every school due to the district’s effort to better train teachers to deal with discipline issues and to help students learn to deal with conflict. Information on expulsion and suspension for the 2010-2011 school year is not yet available.
ACLU of Delaware Legal Director Richard Morse represented Wanda Stanley and her daughter in the action.
Read The News Journal article about the Christina School District case
Read an editorial about the Christina case published in The News Journal 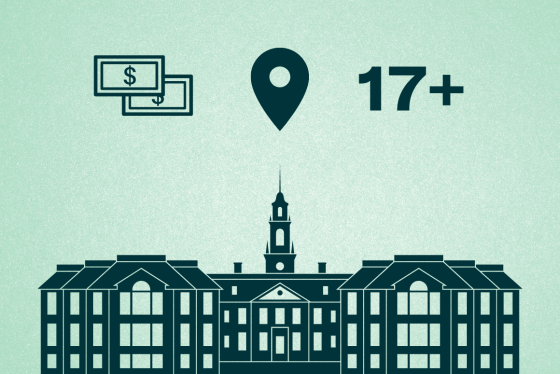