During the first seven months of 2013, the legal program responded to more than 530 requests for assistance and pressed the Department of Corrections to provide needed medical care for 15 inmates. In June and July alone, we responded to 176 requests, including 81 from prisoners and 95 others, most commonly through our When that happened to a Newark man who, rightly believing he wasn’t doing anything wrong, refused to show a government I.D. to police who stopped him, he called ACLU-DE.

After we contacted the city to explain the law, and negotiated for several months, Newark issued a directive to its police instructing them that photographing trains and other railroad property is not suspicious activity that entitles a police officer to demand a photographer’s identification. Newark also provided the photographer with a letter from the City Solicitor to give him added protection from police interference.

Public School Control of Student Social Media Policy – The Delaware Department of Education issued a policy governing student use of social media, for adoption by all school districts and charter schools, that incorporates some recommendations we made to alleviate free speech concerns. However, since not all of our concerns were addressed, we will be closely watching how the schools implement the new directives. 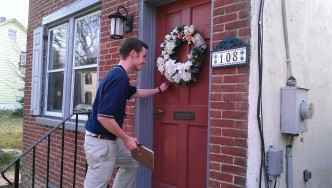 Political Canvassing in Middletown – Following an ACLU-DE complaint about a Middletown police officer whosought to stop Delaware Repeal Project canvassers because they did not have a permit, the Middletown Police Department reminded its officers that a permit is not required for political and religious solicitation.

Information on Police Militarization – As part of a nationwide ACLU effort to determine the extent to which local and state police forces have been militarized by the federal government, ACLU-DE sent Freedom of Information Act requests to a dozen local police departments, the State Police and the Delaware National Guard. Some provided the information we sought, while others objected.  We then filed a petition for review with the Attorney General’s office, a prerequisite to filing suit. The AG’s office is now working to mediate the dispute.

Litigation with the City of Wilmington – In the aftermath of ACLU-DE’s successful suit against the City of Wilmington to compel compliance with two FOIA requests, Superior Court ordered the city to pay ACLU-DE in excess of $15,000 in attorney fees and costs.  Under the state FOIA statute, a party who must sue a public body to obtain records that should be available to the public may recover its legal costs (or the value of donated legal services) expended in getting the records. After ACLU-DE’s original FOIA request was denied, we offered the city additional time to reconsider the denial, but the city rejected that offer, telling us to go ahead and sue.