The COVID-19 pandemic proved that universal vote-by-mail is possible, practical, and successful. Now it’s time for Delaware to make it permanent by passing SB 320. 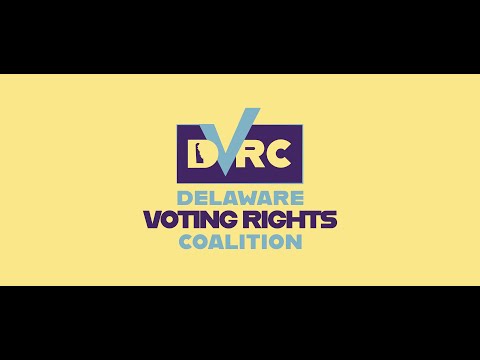 In 2020, Delaware made national news as we celebrated an election marked by a number of historic firsts, including the temporary decision to allow a universal vote-by-mail option for all Delaware voters. This decision played a significant role in what can only be described as record-breaking voter participation.

Just four years prior, in 2016, only 25,000 Delaware voters were able to cast their ballots by mail. In 2020, universal vote-by-mail allowed Delawareans to continue to exercise their fundamental right to vote in the midst of a global pandemic, leading to an astounding 160,000 vote-by-mail ballots. However, the vast majority of those voters won’t be eligible to vote by mail in 2022 unless they qualify as absentee voters, despite the success of voting by mail in 2020, and the continued health risks of an ongoing pandemic.

But a bill introduced this week can change that. SB 320 would allow registered voters to request a mail ballot before the election that may be returned either by mail or at a designated drop-off location. The option to vote by mail is just that: an option. It is an additional method Delawareans could use to vote, and will not replace other voting methods.

Send a message to support SB 320

34 other states currently have permanent universal vote-by-mail eligibility. By passing a universal vote-by-mail option for 2022, Delaware will open a channel for young people, low-income communities, minorities, those without access to transportation or limited schedules, and those with high-risk health conditions to have their voices heard in the upcoming elections.

While vote-by-mail is particularly advantageous for those who may find it difficult to make it to the polls, it is beneficial for all Delaware voters. Voting by mail allows all voters to take time to study the issues and candidates on their ballot and get questions answered from the comfort of their own home and at their own convenience. It decreases the number of people voting in-person at polling locations, potentially avoiding long lines and wait times on Election Day, and it maximizes the chance that elections may endure despite whatever unexpected threat emerges.

The option to vote by mail is just that: an option. It is an additional method Delawareans could use to vote. It will not replace other voting methods, instead, it will allow Delaware voters the ability to choose which method works best for them, and it frees up resources for voters who choose to early vote or vote on election day.

Join the ACLU of Delaware in advocating for voter-friendly policies, like vote-by-mail, that allow every eligible Delaware voter an accessible and safe way to engage in the voting process. We must demand that our elected officials ensure that Delaware is prepared for the 2022 elections to persist in a world in which tomorrow has become increasingly unpredictable.

With the end of the legislative session looming and thousands of Delaware voters left with questions about how they can safely participate in the 2022 election, it is past time for Delaware lawmakers to allow permanent vote-by-mail. Our General Assembly needs to pass SB 320 and make permanent, universal vote-by-mail available to all Delaware voters.

Learn more about the Delaware Voting Rights Coalition and our effort to support permanent universal vote-by-mail eligibility by visiting our coalition hub page.

Same-Day Registration (HB 25) is a Step Towards Combating Voter...